The local startup The Warzone won the TCNewTech Pitch Contest held during an online-only event that aired on the TCNewTech YouTube Channel and Facebook Page to an international audience on Tuesday. The Warzone brings video games to life inside their Nerf Arena. “Kids nowadays just want to sit in front of a screen and play video games all day. Parents, on the other hand, want their kids to be more physically active, and to get more family time together,” says co-founder Matthew Elliott. By studying the world’s top first-person shooter video games Elliott has developed a way to turn them into reality. These games are brought to life through custom programmed and custom-designed devices. The score is automatically kept track of so there’s no room for human error.

The Warzone, a high-powered Nerf arena, beat out three other entrepreneurs to take home the $500 cash prize, which was sponsored by 4Front Credit Union, a member-owned financial cooperative serving more than 88,000 members across the state of Michigan.

In addition to The Warzone, pitches were given by Gaurav Goomer of MyLifeWell a health and wellness platform, Samir Tendulkar of Khal the social website for professional chefs and cooking enthusiasts, and Parker Lynch of HedgeHog Health that offers telehealth based ABA Parent Coaching for families and the super adorable Hoglet Fidget Mouse for kids with ASD and generally fidgety people. All of these startups at their center offer a product that leads to a healthier lifestyle.  Although all presenters are at various stages of launch, the one thing they all share in common is the need for funding. The event was Live Streamed and can be viewed on YouTube and Facebook.

Each of the competitors had five minutes to pitch their startup to the online-only audience followed by five minutes of questions submitted by the live stream audience. After all four founders had presented, the audience had two minutes to vote via text message and they named the Traverse City-based high-powered Nerf arena The Warzone as the evening’s winner.

TCNewTech aims to facilitate networking and interaction among technology enthusiasts in Northern Michigan during their monthly pitch events. Hosting these online-only events has given the TCNewTech community a greater global presence, further contributing to establishing the Grand Traverse Region as the tech hub of the Midwest. 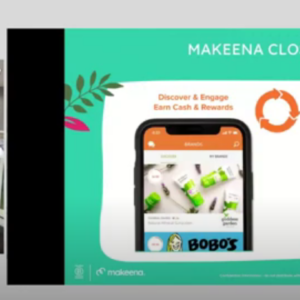 Makeena, the discovery app for the $252B natural products industry, won the TCNewTech Pitch contest on Tuesday night which aired on the TCNewTech YouTube Channel and Facebook Page to an international audience. Karen Frame, Makeena’s CEO and Founder is passionate about being an entrepreneur and making the world a better place. She is a three-time […] 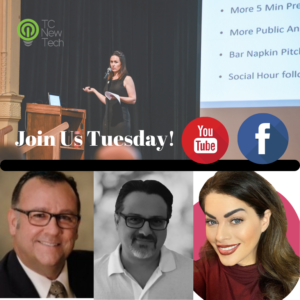 Finalists Selected For May 2021 Pitch Contest

Finalists Selected For May 2021 Pitch Contest

The TCNewTech panel of judges has selected the top ideas they feel will be the strongest to compete on Tuesday, May 4th for the $500 prize provided by Pitch Prize Sponsor RJG, Inc of Traverse City. The three selected startups  will have five minutes to present their emerging business to an online audience of […] 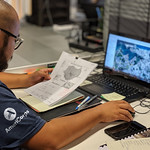 TCNewTech is partnering with 20Fathoms to host an AmeriCorps VISTA candidate for a full-time, 12-month volunteer* position in Traverse City, Michigan. In this position, the VISTA candidate will help expand organizational capacity through community outreach and membership program support. Projects will be related to audience engagement, data research & metrics, content development, and program support. […] 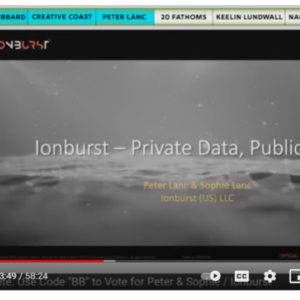 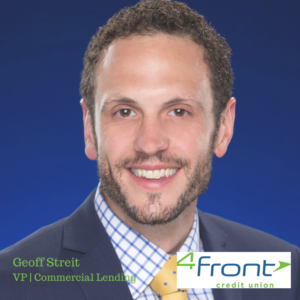 Getting Traditional Financing in a Post-COVID Environment

Getting Traditional Financing in a Post-COVID Environment

Getting financing has always been a challenge for start-ups so we asked Geoff Streit, Vice President of Commercial Lending at 4Front Credit Union for his insight on the subject: “Historically it has been challenging for start-up companies and early-stage companies to rely on financial institutions for capital. With some recent changes to SBA guidelines, that […] 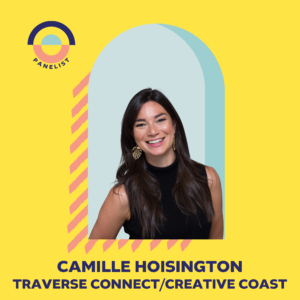 Bringing the Brightest & Best to Michigan

jobs, meet the board, video

Bringing the Brightest & Best to Michigan

Recently, Camille Hoisington, a TCNewTech Board member and the head of Strategic Projects at Traverse Connect, was invited to speak on a panel for Michigan House Creative at SXSW 2021. In a changing world where work can increasingly be done anywhere, the cities and places with the greatest concentrations of talent tend to excel at […] 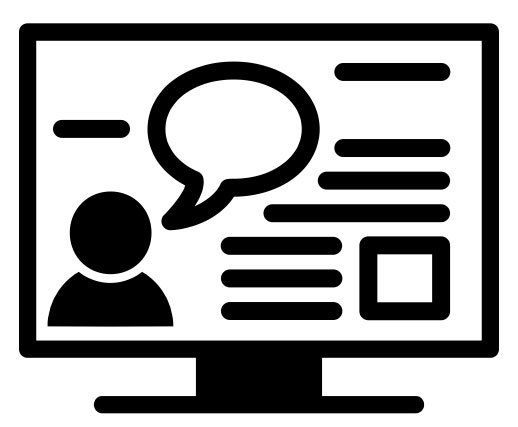